between two oceans (Indian and Pacific Oceans) and two continents (Asia and Australia). As the tropical maritime continent area, most of the time humid maritime continent air mass always prevails to give some rainfall during the dry season period (June-September) and more rainfall during rainy season period (December-March) previously before the year of 1990. Such that this climate situation encouraged the agricultural activities for the country region and last 1990 the UN system for Food and Agricultural Organization (FAO) presented the award for the developing country succeeding in the National Food Security itself. Starting 1991, for the first time the country for the whole country area were occurring less of rainfall or drought with the largest area and longest in time comparing with climate situation for the last 30 years. This drought continued up to the end of decade 1991-2000, because of these conditions the National Food Security Program destroyed that it was due to the climatic variation from the global scale. Where the global phenomena of the El Nino episode were very active with increasing temperature of sea surface over the wider area the Eastern Pacific Ocean. The long and frequent El Nino episode might cause the impact of the climatic variation in term of the long episode of drought. The drought might disturbed agribusiness production starting local up to national level. Based upon the observational tools found that global climate variability of the El Nino episode (longer on record of 1991-1994), quickly developed and highest on record of Sea Surface Anomaly in Pacific Ocean of ENSO episode 1997-1998 and 2015-2016. These occurrences would encourage the developing of the weather and climate variations starting global up to regional/local scales. Impact of the global scale in term of changing pattern the global circulation including regional circulation of Asia – Australia Monsoonal wind system during 1961 - 2018. The regional wind system effects into the national/local monsoonal wind system of the maritime continent of Indonesia. One of the results from the observational of this study is the longer period of the easterly monsoonal wind system than westerly monsoonal wind system. Because these wind system controlled weather and climate in this region, some unusual and strange weather and climate pattern observed. This unusual pattern would report in this paper. The objective of the study is to describe the variability of the Sun activities and the El Nino/La Nina episodes as the main cause the climate variability. The variability of the seasonal onset, their impact to the environment and the weather during this period of study would be studied for the description weather and climate variability over Indonesia Maritime Continent area at the period 1961-2018.

The Data And Method

The data in this study comprises the global data in terms of the Sun activities (Applying the sunspot data to be taken from: http://www.sidc.be/silso/versionarchive). The data in term of graphical would describe sunspot number on the month as part of representing Sun’s activities. The high number of Sunspot Number (more than 100 Sunspots/month) could have relation with global warming episode and the low number (less than 100 Sunspots/month) with the global cooling episode. Where global warming would encourage the activity of El Nino and global cooling with the activity of La Nina. El Nino would be a name natural phenomena increasing the sea surface temperature waters and La Nina with decreasing sea surface temperature waters over East equatorial Pacific Ocean (World Meteorological Organization = WMO, http://www.wmo.ch/). The changes of the sea surface temperature it would encourage the changes of the zonal air circulation such that from the operational meteorologist in Meteorological Climatological and Geophysical Agency (BMKG). The variability of the season in Indonesia would occur and to be studied. To identify the El Nino/La Nina activities, it follows BMKG or international climatologist with using if in the East Pacific Ocean has increased (El Nino episode) or decreasing (La Nina episode) the sea surface temperature at least 1 degree centigrade). By using this definition, it will apply the time series of the anomaly sea surface temperature (Oceanic Nino Index), if positive value of the anomaly sea surface temperature would be El Nino episode and the negative value would be La Nina episode. That the graphical of this anomaly sea surface temperature over East equatorial Pacific Ocean could be so-called Oceanic Nino Index (ONI), it would be discussed in the next discussion. Then the rainfall data were taken from the Meteorological Climatological and Geophysical Agency. The processing of the rainfall data would be applied to describe the climate variability over Indonesia Maritime Continent. The seasonal area of Indonesia Maritime Continent will apply the seasonal forecast area to be arranged by the Meteorological Climatological and Geophysical Agency (http://www.bmkg.go.id, 1987) as follows,The seasonal forecast area over Indonesia Maritime Continent area (Figure 1) would be divided into 72 sub-areas which have different pattern such that yellow color to have Monsoonal rainfall type sub areas having two seasonal condition yearly; green color to have Equatorial rainfall type no seasonal condition and red color to have Local rainfall type having reversal seasonal condition with Monsoonal rainfall type. In this study will apply the total rainfall at a consecutive season. In the determination of the total character of the rainfall would compare between the total rainfall at a certain time and certain monsoonal rainfall type with the mean(normal)to the total rainfall at the same monsoonal rainfall type. The variability of the total rainfall at a consecutive season and at every year would be compared with the mean/normal total rainfall at consecutive season during period 1961 – 1990. Then determination would apply the steps as follows, Comparison an area of the total rainfall at a consecutive season and at every year during 1961 – 2013 would be as rainfall character in terms ;below normal if the total rainfall was less than 75 % from the mean total rainfall, normal if the total rainfall has was in the range 75 – 115 % from the mean total rainfall, above normal if the total rainfall was up to 115 from the mean total rainfall. Every year at certain season would apply the percentages seasonal area where the percentage for each condition(e.g. below, normal and above) would be number percentages each condition/total number of seasonal and multiply with 100%. Every year during the period would be tabulated to describe the rainfall character at a certain season with supporting activity El Nino/La Nina episode and recorded maximum Sunspot Number. The discussion of the climate variability will start from the global scale point view with the application of graphical Sunspot activity, El Nino/La Nina episodes and the character of the total rainfall. Then the climate trend would be investigated through the series of the variability of the global scale up to the local scale of seasonal rainfall condition. 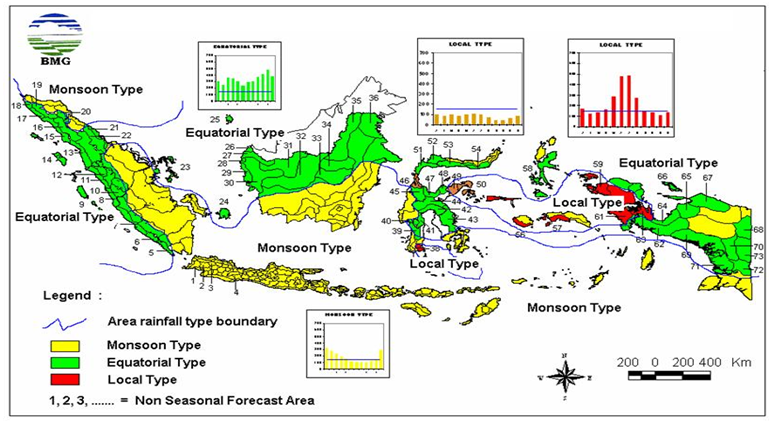 Variability Of The Sunspots And El Nino/La Nina

For many decades, climatologist has examined how the climate especially Earth’s surface temperature changed before the 19th century. The Earth’s surface temperature has fluctuated naturally as part of the variability of the Sun’s activity through the radiation toward the earth’s surface. The number of Sunspot each month during the period of study would be in term variation number of the sunspots/month. Then one cycle of sunspot would be from lowest up to maxima then toward the lowest of the sunspots number, where one cycle of the sunspot would be in the range 10.5 – 11.5 years. From the source data from National Oceanic Atmospheric Agency (NOAA) from the United States for the period 1950 – 2018, the graphical would describe the variability of the Sunspots number on the monthly basis, it cand described in the next following (Figure 2) as follows, From the sunspot cycles, there would be sunspot variability fromSun’s activities 1960 up to 2018 such that there would 6 cycles with each cycle has maxima of the Sunspots number more than 100 Sunspots. Only in the last cycle would have maximum Sunspot number below 100 Sunspots. The highest cycle of the Sunspots number would in the first cycle on the period 1956 – 1966, in the cycle no. 2, 3, 4, and 5 on the consecutive period 1966 – 1976, 1976 – 1996, and 1996 – 2008; they have maximum Sunspot Number between 100 – 200 Sunspots/month. The variability of the El Nino and La Nina episodes as part of the global phenomena to have relation with climate variability in the earth’s surface would be in term of the Oceanic Nino Index (ONI) in (Figure 3) as follows, From Figure 3, there would be variability of the El Nino and La Nina activities during the period of study 1961 – 2018. The first decade of 1961 – 1970 would be occurring 2 moderate plus 1 strong in the intensity of the 2 El Nino episodes and 2 weak La Nina episodes. The second decade of 1971 – 1980 would be occurring 2 weak plus 1 strong in the intensity of El Nino episode and 1 weak plus 2 strong in the intesity of La Nina episode. The third decade of 1981 – 1990 would be 2 strong in the intensity of El Nino episode and 1 moderate plus 1 strong in the intensity of the La Nina episode.

Figure 2: Sunspot cycle was arranged by NASA with cycle number in above every cycle (https://www.nasa.gov/). 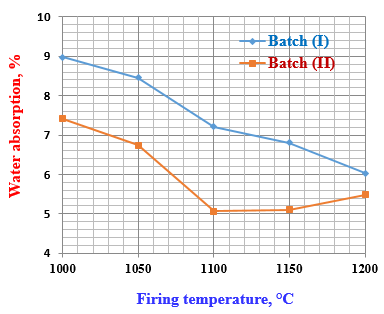 Figure 3: Global El Nino and La Nina Episode in term of their variability of the so-called ONI graphics (http://www.cpc.ncep.noaa.gov/products/analysis_monitoring/enso.stuff/ensoyears.shtml/)

Variability of the Seasonal Condition of Indonesia Maritime Continent Area

The character of the rainfall at consecutive season over Indonesia Maritime continent would like to present in the next following (Tables 1 and 2), where (Table 1) would be for variability the dry season and (Table 2) for variability the wet season. The El Nino/La Nina episodes would be taken from Figure 2 to include in the two tables for further study. Because the availability of the rainfall character over the seasonal area to be designed by Meteorological Agency of BMKG. would be period 1961 – 2003, these data would be split during the two season e.g. dry- and wet-season in the two tables.

Table 3: Variability of the Number Seasonal Area (%) at dry Season.

Climate variability over Indonesia Maritime Continent area would continue following variability of the Sunspots cycles and El Nino/La Nina episodes. Where the strong intensity of the El Nino episode occurs every Sunspots cycle. The Strong intensity of the La Nina episodes could occur when the maximum Sunspot number in the cycle less than 200 Sunspots. Climate trend could be arranged from Sunspots cycle for the long range that the Sunspot cycle would have the irregular pattern for 6 cycles with decreasing maximum Sunspot number with respect with the time from 1976 up to 2018. Where NASA would predict that for the next Sunspots cycle could be decreasing of the maximum Sunspot number or lower than the current maximum Sunspots number period 2009 – 2020. It means to be less Sunspots Number to be the condition in the decade until 2030. It might generate El Nino/La Nina episodes to activate with the cooling episode (La Nina) to have frequently occurred that warming episode such as current cycle condition until 2020. It could continue in the next decade the year 2021 –2030. Current Sunspots cycle period 2009 – 2018 showed strong intensity El Nino episode and 2 weak intensity plus 1 strong intensity La Nina with the long period of the wet season. The next seasonal condition would follow the current seasonal condition with the wet condition more frequent and longer than the dry condition.