Contribution of Imaging in the Orbital Hydatid Cyst

Orbital hydatidosis is incommon, accounting for 1 to 2 % of all localizations. It caused by Echinococcus granulosis. The modern imaging (CT-MRI) contribute in the preoperative diagnosis, however the diagnosis of certainty is confirmed by postoperative anatomopathology. Herein, we report the case of a right intraorbital hydatid cyst in a 12year-old child. He has benefited from an ocular ultrasound year, orbital-cerebral CT and an orbital MRI, which conclude by a bilobal cystic formation seat of calcifications, centered on the lateral rectus muscle of the right orbit pushing the neighboring organs blowing the roof of the orbit, without sign of intra cranial extension. A second hydatid localization is revaluated by thorax radiography and abdominal ultrasound. The patient received a CT scan after the surgery that showed partial regression of the hydatid cyst.

Orbital hydatid cyst is a rare form of hydatidosis. It is due by echinococcal taenia. Accounting for 1% of all hydatid locations. Disease is more common in the rural areas of South America, East and North Africa, and the Middle East, mainly in the Mediterranean countries. Here we present the case of a right intraorbital hydatid cyst in a 12-year-old Moroccan child.

To specify the contribution of imaging in the positive diagnosis, extension and monitoring assessment of the orbital hydatid cyst.

We report the case of a 12-year-old boy admitted to the emergency department for intracranial hypertension associated with exophthalmia. Our case is treated at the radiology department hospital Mohammed VI, Marrakesh. The ocular ultrasonography showed a bilobed cystic mass lesion with calcifications in the right retro-ocular (Figure 1).

The orbito-cerebral CT revealed a cystic mass lesion detected in the intraconal region with a discreetly peripheral opacification (Figure 2 a,b). Orbital MRI showed a bilobed mass lesion at the supero-external part of the right orbit, with a thin wall measuring 2.23 x 2.10 x 3.40 cm in T1 hyposignal and T2 hypersignal, in iso-diffusion signal, seat of peripheral calcifications, (Figure 3) discreetly enhancing on the periphery after PDC injection (Figure 4). This mass seems centered on the lateral rectus muscle, it responsible for a ptosis and exophthalmitis grade 2. Inside, it represses the optic nerve, with no detectable signal abnormality. At the top, she is responsible for an uprising with thinning of the roof of the orbit without obvious cranial endo extension.

Chest X-ray, including abdominal ultrasound and thoracic CT showed the presence of the primitive with individualization of multiple intra-pulmonary and intrahepatic hydatid cysts of different stages according to the Gharbi classification (Figure 5). The hydatid serology is positive. Histopathological diagnosis of the mass, which was completely surgically excised, confirmed it to be a hydatid cyst. The control CT showed a partial regression of the hydatid cyst complicated by orbital cellulitis with diffuse edema orbital classified stage II (Figure 6).

Hydatidosis of the orbit is more common among young adults and children. Typically, an orbital hydatid cyst is unilateral, without right or left dominancy. The most frequent clinical findings are exophthalmos, chemosis, lid edema, visual impairment, and restriction of extraocular motility. An orbital hydatid cyst tends to involve the retrobulbar, and may be intraconal or extraconal in the superolateral or superomedial angle [1].

The ultrasound is of a great diagnostic contribution, it makes it possible to assert the liquid nature of the lesion. It can also show elements in favor of the hydatid cyst: homogeneous content, anechoic with sometimes sedimentation in the declivity part of the cyst. It allows to locate the tumor in relation to the optic nerve and oculomotor muscles [2]. On CT, the orbital hydatid cyst appears at regular limits, hypodense very homogeneous, non-enhancing after the injection of product of contrast. Peripheral rim contrast is seen after the injection of a contrast. The coronal CT allows the evaluating the bony pathologies (erosion). In addition, the scanner makes it possible to locate the hydatid cyst with respect to the elements of the cone thus helping to guide the therapeutic gesture [3]. On MR imaging, the cyst appears in iso or hyposignal T1 and hypersignal T2. In case of cracking of the cyst it can appear in hyposignal T2 [4-6]. The crown enhancement occurs after injection of guadolinium. The mass effect of the optic nerve and the elements of the cone is carefully analyzed. MR imaging is superior to CT with regard to the evaluation of the inner structure of the cyst and determining its association with neighboring soft tissues. In our patient CT and MRI were in favor of a fluid cystic seat of calcifications suggestive of hydatidosis. It is difficult to distinguish hydatid cysts from other mass lesions of the orbita via radiological imaging methods. Differential diagnosis: mucocele, intraorbital haematomas, dermoid cyst, lacrimal tumours, Cysts lymphangiomas [6]. Surgery is the first treatment choice for orbital hydatid cyst. Confirmation by postoperative anatomopathology. Serological tests are used for diagnosis of hydatid cyst.

Figure 1: The ocular ultrasonography showed a bilobed cystic mass lesion with calcifications in the right retro-ocular.

Figure 2: a: before PDC injection - b: after PDC injection) Axial, sagittal and Coronal CT images show the well-demarcated, intraconal cystic lesion localised in the posterosuperior region of the right bulbus oculi with a discreetly peripheral opacification. 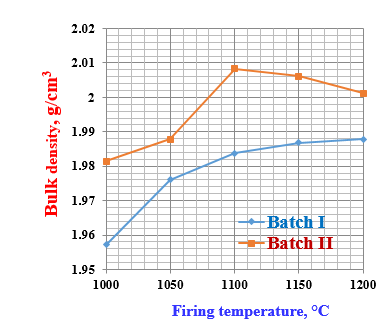 Figure 6: (a: before PDC injection - b: after PDC injection) Axial, sagittal and Coronal CT images show the partial regression of the hydatid cyst complicated by orbital cellulitis.