Methods: A total of 105 women: 85 with PCOS and 20 without PCOS. The cutoff value of the AMH level was evaluated using the receiver operating characteristic (ROC) analysis.

Results: AMH levels were significantly higher in PCOS women than controls (p < .001). AMH levels did not differ between PCOS phenotypes. ROC of AMH shows that participants with the cutoff of 23.97 pmol/L had the area under the curve of 0.844 (95% CI, 0.756–0.932), p-value <0.001 76.5% sensitivity, and 85% specificity for the presence or absence of PCOS. AMH in the PCOS group shows a gradual and steady decrease around the age of 50, while among controls, there was a sharp decrease at 35. Of all hormones, AMH correlated positively only with the Free androgen Index (p-value = 0.016). Lipid indices and AMH among PCOS participants did correlate, p-value >0.05.

Conclusions: The serum AMH level cutoff of 23.9 has good sensitivity and high specificity and maybe a new and useful diagnostic tool in PCOS diagnosis.

Several publications have supported the anti-Müllerian hormone (AMH) role in the pathophysiology of PCOS [2-4]. Anti-Müllerian hormone (AMH) is mainly secreted by the ovary's granulosa cells, the preantral and antral follicles, and belongs to the group of transforming growth factor-beta [5]. AMH prevents primordial follicle recruitment by inhibiting the transition of the primordial to the primary follicular step and affecting FSH action on early follicular development [6]. There is substantial evidence reporting serum AMH elevation in PCOS is mainly caused by an increase in the numbers of small antral follicles [7], in addition to the synergistic effect of hyperinsulinism secondary to insulin resistance on AMH concentrations in PCOS patients [8,9]. However, the methodology by which AMH was measured is behind the lack of proper AMH cutoff.

The quest for a better diagnostic test for PCOS is a matter of debate; At the same time, some researchers suggested several cutoff values of AMH; however, a recent paper by Teede et al. [10] claimed that lack of a well-defined PCOS population in addition to the lack of international standardization in AMH assays are a real obstacle for the establishment of clear cut off values.

In this study, we investigated serum levels of AMH in PCOS and different phenotypes and the association of AMH levels with hormonal and metabolic parameters and tried to find a cut off value of AMH to help in the diagnosis of PCOS.

This study was approved by the Tawam Hospital Human Research Ethics committee SA/AJ/628 2019 (T-HREC). Women, aged 14–50 years, who had a new diagnosis of PCOS and were seen at Tawam Hospital in the Department of Obstetrics & Gynecology (AL-ain city, UAE) from January 1, 2017, through December 31, 2020, were considered for the study. The Control group was considered of women without PCOS attending for other gynecological conditions. To be included in the study, patients had to be newly diagnosed with PCOS and had to have undergone clinical evaluation at Tawam Hospital in the Department of Obstetrics & Gynecology. The Rotterdam criteria were used for the PCOS diagnosis, that is, to have at least two of three criteria: (1) clinical or biochemical evidence of hyperandrogenism; (2) oligo-ovulation or anovulation; and (3) Polycystic Ovarian Morphology PCOM [11]. Polycystic ovaries (as defined on ultrasonography as the presence of increased ovarian volume > 10 ml, and or > 12 follicles in each ovary, measuring 2–9 mm in diameter). For the assessment of clinical hyperandrogenism, the scoring of hirsutism was performed using the modified Ferriman–Gallwey system [12] with hirsutism to be considered if score>6, and alopecia was evaluated with Ludwig's scoring system [13].

Blood samples were collected from all participants after having been instructed not to eat, drink, or smoke. All patients reported no consumption of alcohol ever. A 10-cc sample of blood was drawn during day 2–6 of the menstrual cycles (natural or bleeding after progestin withdrawal) in plain-top tubes for subsequent hormonal analysis. If amenorrhoea was present, this was performed after excluding a dominant follicle with ultrasound. Blood was analyzed for free and total Testosterone (F.T. and T.T.) (F.T.; nmol/L), sex hormone-binding globulin (SHBG; normal values- 40 - 120 nmol/L), L.H. (units per L), FSH (units per L), fasting blood glucose (mg/dL), fasting insulin (microunits per mL) was detected by the glucose oxidase method (AU640 automation biochemistry analyzer and their relevant reagent, Olympus Company, Hamburg, Germany), sex hormone-binding globulin (SHBG), luteinizing hormone (L.H.), and follicle-stimulating hormone (FSH). LH/FSH ratio was calculated for each subject, LH/FSH ratio > two, and was considered abnormal. The L.H. and FSH were measured by electrochemiluminescence technique in COBAS autoanalyzer using reagents manufactured by Roche Diagnostics, and quality control was done by precise-control 1 and 2, then mean LH/FSH ratio was obtained. Free androgen index (FAI) was calculated by [total testosterone] X 100 divided by [SHBG]. Normal insulin sensitivity was defined by fasting insulin levels <12 mU/mL. We also calculated indices of the homeostasis model assessment (HOMA-IR)[14]. HOMA−IR was calculated using the equation: HOMA−IR=Fasting insulin (μU/mL) x Fasting glucose (mg/dL) /405 [15] with HOMA-IR > 2.5 mol μU/mL as cut off abnormal value [16].

In high fasting glucose (Fasting Glucose (F.G.), 110–125 mg/dL), subjects were referred to a diabetes specialist. Additionally, serum PRL (nomograms per mL), TSH (microunits per mL), dehydroepiandrosterone sulfate ug/dL (DHEAS), and 17α-hydroxyprogesterone (17-αOHP; nomograms per mL) levels were examined in blood samples of all participants. Normal values of 20-100 ng/dl were accepted to exclude other causes of menstrual disorders [17]. AMH serum concentrations were examined with an enzyme-linked immunosorbent assay (ROCHE, Platform: Cobas 8000) according to the manufacturer's instructions; the respective intra and inter-assay coefficient of variations was <12%. A receiver operating characteristic curve analysis was used to determine the best cutoff point for AMH to distinguish PCOS women from controls.

Hormonal profile; FSH, L.H., Prolactin, AMH, Total Testosterone, FAI, 17alpha HOP, DHAES, Fasting Insulin, and HOMA-IR were all significantly having higher means among PCOS cases than controls, with p-value <0.001 (t-test). Conversely, SHBG was substantially higher among controls rather than PCOS cases with a p-value <0.001. Women with PCOS had higher values of AMH in comparison with controls (Figure 1) AMH in PCOS (40.65±22.02 pmol/L), in controls (21.71±9.98 pmol/L) with p <0.001.

Figure 2: A- AMH and age correlation in the PCOS group, B- control.

To find a cutoff that will be good enough to diagnose PCOS, we used the receiver operating characteristic curve (ROC) of AMH pmol/L for the presence or absence of PCOS, and we constructed the curve with data generated from study subjects with AMH cutoff values of 23.97 pmol/L. The sensitivity and specificity of the serum values of AMH can help differentiate PCOS women from controls were evaluated using cutoff values according to the ROC curve. The best-combined values of 76.5% sensitivity and 85% specificity for the presence of PCOS was obtained using an AMH cutoff value of 23.97 pmol/L (Figure 3). 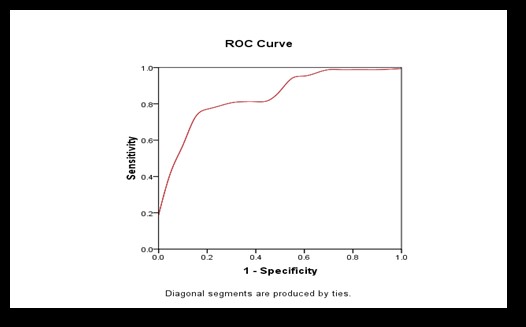 Table 1: Area under the curve of AMH values.

There was no significant correlation between Hormonal Profile (L.H., FSH, SHBG) and AMH (pmol/L) among PCOS participants, p-value >0.05. However, the Free androgen Index was positively correlated with the AMH, p-value = 0.016 (Table 3)

In this study, we found two folds increase in AMH levels for PCOS women than controls; this is in concordance with other reports [7,18]. Moreover, our results show that an AMH value cutoff of >23.97 pmol/L had 76.5% sensitivity and 85% specificity for the presence of PCOS. In a European study, a cutoff value of 8.40 ng/mL was suggested for PCOS diagnosis, with a sensitivity of 67% and a specificity of 92% [19]. Moreover, one study from Australia suggested that an AMH value of 35.8 pmol/L (sensitivity 84%, specificity 82%) was the best determinant of PCOS presence [20]. Different methodologies used in different studies may be the reason for such a variation of AMH cutoff values. We propose this cutoff as it has good sensitivity and relatively high specificity, as some reports have good sensitivity yet poor specificity, or vice versa, where others had a higher cutoff than our proposed one (Table 4).

In women with PCOS, we found that serum AMH levels did not correlate with any of the hormones measured and AMH among PCOS participants, p-value >0.05. However, the Free androgen Index was positively correlated with the AMH, p-value = 0.016, indicating a correlation between AMH and androgen secretion. Such interaction may play a role in the pathogenesis of PCOS, this in concordance with the previous report [25] and in contrast to the report where age- and BMI- stratified deep analysis showed that AMH was more predictive of PCOS independently of free androgen index (FAI) [26]. Moreover, there was no significant correlation between HOMA-IR and AMH among all participants, among PCOS participants, and among different PCOS phenotypes, in contrast to the finding of other studies where the median value of AMH was highest in phenotype A [3,25]. These findings may indicate that AMH is an independent factor in PCOS.

Serum AMH level has been reported to decline with age [27]. Our study showed that AMH levels are double those of controls and remained elevated around the age of 50, this inconsistency with a European study, where serum AMH levels in women with PCOS were 2- to 3-fold higher with a plateau until the age of 40 [28]. The steady and high levels of AMH with age in women with PCOS may be due to inherited high levels of AMH [29].

The strengths of this study are the homogenous study population, which included only women of Arabic ancestry, and both our groups are well defined. Another strength of our study is that both groups are almost similar in age and weight, so that we could exclude the confounding effect of age and weight on AMH levels. The limitation of our study is the relatively small number of participants. Because of the lack of universally accepted methods and assays for measuring serum AMH level, we may have some discrepancies with other reports, and it is difficult to generalize the results of our study. Furthermore, the study population was not population-based but consisted of women who had visited the gynecology clinic. These women probably had different PCOS manifestations, moreover, given that the control group did not always include women with all PCOS symptoms eligible for diagnosis, which could lead to higher serum levels of AMH in the PCOS group versus the controls.

In conclusion, we found that serum AMH level cutoff of 23.9 has good sensitivity and high specificity and maybe a new and useful diagnostic tool in PCOS diagnosis. This cutoff level of AMH may useful to use for either the confirmation or as an additional tool for the diagnosis of PCOS when imaging is not possible to perform, as in adolescent population with intact hymen and obesity.

The authors have no conflict of interest to declare.

This research did not receive any specific grant from funding agencies in the public, commercial, or not-for-profit sectors.