Bering/Pacific-Arctic Council (BPAC): Russian-American Ecological and Social-Economic Cooperation at the Junctions of the North Pacific and Arctic Oceans and the Eurasian and North American Continents

The article is devoted to the problem of studying the feasibility of creating the Russian-American Bering/Pacific-Arctic Council (BPAC) at the junctions of the North Pacific and Arctic oceans and the Eurasian and North American continents. This is a very important problem not only for the region, but also for all the Arctic countries of the world. The establishment of friendly and balanced ties between the largest Arctic countries, Russia and the United States in the Pacific sector of the world Arctic, depends on its solution. This is an essential basis for creating a favorable environment for all countries of the world to use the Northern Sea Route and for the further development of this transport line from Asia to Europe.

At the 24th meeting of the Russian American Pacific Partnership (RAPP), which took place at the end of June 2019 in Khabarovsk, Russian Far East, an Initiative Working Group was established to work on the BPAC-project in advance (Figure 1). 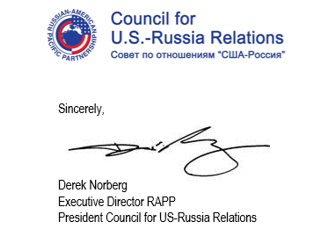 Figure 1: Letter from RAPP Executive Director Derek Norberg on the creation of the Initiative Working Group.

At the 24th annual meeting of the Russian American Pacific Partnership (RAPP) in Khabarovsk, Russia June 26-27, 2019, a proposal was made at the “North Pacific and Arctic Cooperation” panel for the creation of a bi-national Russia and United States Bering Pacific Arctic Council (BPAC), modeled on the precedent of the Barents Euro-Arctic Council (BEAC) and Barents Regional Council (BRC), each established in 1993. RAPP supported this proposal proposing that a volunteer Working Group be established outside of RAPP to advance the BPAC initiative, but reporting periodically to the RAPP forum. RAPP agreed to provide the Working Group reasonable assistance within its capacities to the Working Group. Two volunteer co-chairs were identified to lead the initiative Working Group: Paul Fuhs, President Emeritus of the Marine Exchange of Alaska and Professor Boris Krasnopolski, Senior Economist of the Far Eastern Branch of the Economic Research Institute, Russian Academy of Sciences. Numerous RAPP meeting attendees agreed to participate in the Working Group, however the Working Group seeks to be inclusive of additional members beyond meeting attendees wanting to participate in the Working Group and contribute in the BPAC initiative. The purpose of the Working Group is to formulate the structure of the Council, to draft a Declaration defining the purpose and purview of the Council factoring the range of interests of parties in the national, regional and local governments, organizations and businesses in the defined geography of the BPAC in the Russian Far East and Alaska. Once these draft documents are finalized, a Council founding meeting date and place is to be determined. The national governments hold important legal and regulatory powers over the lands and oceans of the Council’s geographical focus, however, like the BEAC and the BRC, the BPAC also seeks the active participation of regional and local community and business entities in the Working Group, in defining the Council structure and purpose, and later in determining the agenda and implementation strategies of the Council. Such a collective and broadly inclusive approach is supported by RAPP and the Working Group co-chairs.

I ask for your cooperation and assistance to this important Working Group initiative. If you would like to participate in the Bering Pacific Arctic Council (BPAC) Working Group, please contact Paul Fuhs: Paulfuhs@earthlink.net and/or Boris Krasnopolski:boriskrasno@gmail.com

The following actions were performed by the Initiative Working Group to the present time for the realization of the tasks of this letter. Some problems of the Group’ activities have been discussed in a number of publications in Russian journals and international conference materials [1-5].

Task 1: Scientific and applied justifications and evidence to study the feasibility

For creating a Bering/Pacific-Arctic Council (BPAC)

The two support sectors of the Arctic zone of the world, which exist at the intersection of the high-latitude waters of the Arctic ocean and the meridional waters of the Atlantic and Pacific oceans, are certain points of geographical and ecological balance and equilibrium in the world Arctic zone, established in nature at the planetary level. The processes occurring in these sectors have a significant impact on the formation of the entire Arctic basin and on the action of other geo-planetary factors - geo-ecological, geopolitical and geo-economic.

This is expressed as follows:

Based on scientific logic, both sectors of the Arctic world – the Atlantic and Pacific - have significant impact on the development of the entire Arctic Basin, i.e. according to nature they have a geographically and ecologically balanced impact on the development of the Arctic zone of the planet. But the world community does not pay the same attention to these sectors. In particular, as regards the Atlantic sector, numerous Euro-Atlantic international structures have been established. One of the most promising and effective ones is the Barents/Euro-Arctic Council (BEAC), which was established as a forum for regional cooperation in 1993 at the meeting of the foreign Ministers of Russia and the Nordic countries in Kirkenes (Norway). A number of other countries have observer status with this Council. In the Pacific sector, no such international structures have been created at all, although the problematic level of this very promising "intersection" of the Pacific and Arctic Oceans is no less than the "intersection" of the Atlantic Ocean and the Arctic Basin. This is why the initiative on the creation of a Russian-American Council of the Bering/Pacific-Arctic Region (BPAC), arose. The creation of this new Council would make it possible to establish permanent working contacts and information exchange between these macro-regional councils (BEAC and BPAC), as well as to organize their coordinated interactions with the international Arctic Council and other already established international Arctic organizations.

Task 2: Determination of the jurisdiction and geography, preliminary recommendation on the structure and key participants and partners of the BPAC

Strictly according to the current Russian, American and international classifications, the following territories belong to the Pacific Arctic sector and the Bering zone: Chukotka Autonomous Okrug (Russia), Bering Strait, State of Alaska with Aleutian Islands (USA) and the Economic Exclusive Zones (EEZ) of both countries in the Bering and Chukotka seas. This specific Pacific Arctic sector, which is an international "crossroads" of many geo-ecological, geopolitical and geo-economic problems of the Arctic at the junctions of the North Pacific and Arctic oceans and the Eurasian and North American continents, is the most problematic, as discussed above. And it should be the main focus of activity of the Bering/Pacific-Arctic Council (BPAC).

Concerning the subjects of cross-border cooperation of the Russian Federation and the United States of America in the Pacific sector of the Arctic zone,

There are the following:

The objectives of cross-border cooperation are:

As for the key participants and partners of this project, they can be identified from the study of the socio-economic structure of the regions within the jurisdiction and activities of the created Council, as well as from materials on the history of the development of partnership relations between Russian regions and the American side. In almost every region and in the field of administrative regulation, and in every branch of the socio-economic structure, there are possible partnerships between Russian and American participants to study and apply best practices in the organization of their activities – in administrative management, in the business community, and in the socio-cultural sphere. In principle, the choice of priority areas and key participants in the Russian-American partnership between the North-Arctic regions of the Far East and the state of Alaska currently depends on the decisions that regional administrative authorities will make, taking into account their organizational and financial capabilities, as well as the targeted support of federal authorities in both countries, if such is provided.

This article provides information about the possible creation of the international Russian-American Council of the Bering/Pacific-Arctic region (BPAC). This Council can act as a new tool by which, based on the study and use of the best policies and practices of Russia and the United States in solving environmental and socio-economic problems in the Pacific sector of the Arctic, the geo-ecological, geopolitical and geo-economic situation in this cross-border region can be significantly improved in the interests of not only these countries, but the entire world community. These coordination processes cannot be ignored, because they reflect the manifestation of global laws of development of nature, man and society. And the attempt to create a Council is a response to various challenges and threats in the dynamics of development, the search for mechanisms to neutralize the possible negative effects of these laws. We are proposing some new forms and mechanisms for strategic studies on the development of this Arctic sector, taking into account the best practices accumulated in both countries - Russia and the United States - in ecological and socio-economic development on the basis of strengthening cross-border partnership in this Arctic zone. The implementation of these proposals will allow us to proceed to a more detailed study of the Council's structural divisions, their organizational synchronous interaction with regional and federal administrative bodies and international organizations, their financial support, and the preparation of drafts of various constituent documents and all other related documents for the functioning of the Bering/Pacific-Arctic Council (BPAC). It is an important first step in this initiative, which seems very promising in anticipation of Russia’s Chairmanship of the international Arctic Council in the years 2021-2023.