This article reveals implementation issues in the republic of Uzbekistan with international standards of the financial statements briefly apply in practice risk-based plan of internal audit service of entities in national economy is requirement of the period. And also there were given conclusion and recommendations it is expedient to use existing experiences in this sphere of Great Britain, German, French and India to the national economy.

Internal audit plan is complicate according to composition, structure and contents. Separate entity required a particular internal audit plan. But commonly internal audit plans coincide each other as well as particularly they overlap. That’s way there are various opinions about it. According to “International Standards for the Professional Practice of Internal Auditing Standards” (2010 – Planning) are defined that “The chief audit executive must establish a risk-based plans to determine the priorities of the internal audit activity, consistent with the organization’s goals” [1]. Standard on internal audit (SIA) 1 “Planning an internal audit” (in India) stated “The internal audit plan should be based on the knowledge of the entity’s business. While developing the internal audit plan, the internal auditor should have regard to the objectives of the internal audit engagement as well as the time and resources required for conducting the engagement. In addition, the internal audit plan should also reflect the risk management strategy of the entity” [2]. Scholar of Vietnam Nguen Txi Vet Le emphasized “Internal audit plan developed on the basis of results of assessment risks must be altered, adjusted with conform to changed outer environment, business processes and risks which connected with them. On the ground of assessed risks auditors define and implement further audit procedure for concert assessed risks” [3]. Scientist of Russian N.A.Filevskaya defined “On the stage “Planning audit” planned control carry out on the basis of the schedule of internal control for the year, but unplanned initiates by head of internal audit service. Have been made tasks for audit, plan and program to carry out audit on the basis of the selection priority criteria and theirs activities (regulated in normative legal documents and standards)” with an allowance for influence external and internal factors to a activity system of corporate governance” [4] (Figure 1). Uzbek Professor N. Karimov gives the following opinion “It should emphasize in process of making internal audit plan to assess auditors risk and to properly determine material tasks in order to realize at the result of appointed risk directly affect to the effectiveness of audit activity”. Scholar affirmed that “In the auditing process auditor confirmed not only accuracy of financial statement as well as auditor should take into account all situations which are necessary to substantiate important matters”. Those opinions unveils some important specific directions of internal audit plan But, there are not exactly view about internal auditor plan and business risk of activity, theirs’ relations. [5]. 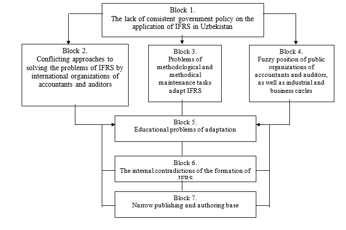 Figure 1: The main problems of the implementation of IFRS.

Uzbek scholar K. Akhmadjonov suggested to separate internal audit plan two parts according to organization works and audit implementation. Here in preparing internal audit plan, that is 1) make annually working plan for organizational works and directions; to examine branches, subsidiaries, affiliates; make annually schedule; make workforce schedule; to appoint staff; to form budget steps. 2) Audit of objects; allocation of tasks for auditors; suggestions for make program. Professors of Uzbekistan B.A.Khasanov, Z.A.Aliboyev, M.SH.Zokirova stated “Audit internal plan are confirmed by head of internal audit department or specialist who appointed for auditing. Made all alterations in it should confirmed in time. But authors did not tell about composition as well as to consider business risk auditing and its importance in an internal audit plan” At the result of our scientific investigation we agree and support first, second and third above mentioned opinions. Reason for this conclusion is business risk considered as integral part of the internal audit plan. Other opinions not took account the essential basis of the matter. Briefly apply in practice risk-based plan of internal audit service of entities in national economy is requirement of the period. It is expedient to use existing experiences in this sphere of Great Britain, German, French and India to the national economy. Objectives of the internal auditing are determined as the following:

Internal audit activity services should be designed to eliminate arisen shortcomings and introduce into new ideas for practice; ultimately enhance the quality and increase efficiency of internal audit service.

The purpose of this IFRS is to establish criteria for selecting and changing accounting policies, and to establish accounting policies for changes in accounting policies, changes in estimates and corrections for errors and disclosures relevant to them. The standard seeks to improve the relevance and reliability of the information contained in the financial statements of entities, including tourism companies, and to improve the comparability of these financial statements with other financial statements. It is worth noting that the international standard not only provides an accounting policy, but also provides estimates of changes in estimates and errors [6]. It is prescribed to realize of internal audit by means of conducts control according to plan confirmed by supervisor board of the entity in each year, but not given proper direction on make internal audit plan in the “Regulation about internal audit service in entities” [6]. Public and private bodies authorized to carry out the plan or program of implementation of IFRS in the national economy:

Here the list of the activities are being implemented in order to develop the accounting system in Uzbekistan:

Ensure the application of international financial reporting standards is an important component of reforms to modernize the national economy. Transition to international standards due to the necessity ensure a high level of competitiveness of the national economy in the international division of labor. The implementation of international standards in the first phase will cover a small percentage of enterprises, particularly those that attract capital - public joint stock companies, banks and insurers. To achieve this goal it is necessary to ensure joint and coordinated actions for the implementation of tasks and activities with respect to the application of international standards, the Ministry of Finance, the National Bank, professional organizations and other stakeholders. The law on auditing activity of the Republic of Uzbekistan. 26 may 2000 year. Cabinet ministers of the Republic of Uzbekistan adopted 215th resolution Regulation about internal audit service in entities. 16 October 2006 year. The Law of the Republic of Uzbekistan About defense the rights of stockholders and joint-stock companies. May 2014 year. International Standards for the Professional Practice of Internal Auditing Standards.