Journal of Marine Biology and Environmental Sciences is an International Research Hunt- independent, unpolarized, unbiased, annual published open access journal. Journal of Marine Biology and Environmental Sciences acts as an interfacing link between Marine Biology researchers and readers across the scientific community. This Journal is synchronized with the dissemination of innovation, thoughts, upcoming discoveries, rediscoveries, and evolution. Our promulgation is globally acknowledged and aligned with quality and excellence, we are bound to be positioned on knowledge dissemination, nurturing research promotion and evolution unceasingly as well as our commitment towards the bonding in the secession of Global Research Orientation.

JMBES provides a leading vehicle for communication between researchers, academicians, workers and students concerned with any branch of marine and environmental sciences and their applications in business, industry and other subjects.

Journal of Marine Biology and Environmental Sciences is a scientific journal covering high-quality manuscripts which are both relevant and applicable to the broad field of knowledge that combines science and technology. This journal encompasses the study related to interactions of living systems with ecosystems and the earth.

The objective of the journal is to maintain and develop science and related research at an international level for the well-being of the marine and the environment. In order to achieve this, it is important to bring into a major field of Marine Biology and environmental sciences updates at the global level we welcome scientists, scholars and environmentalists to put their works in the form of a research article, review articles, excavation reports, brief report, communications, commentaries, opinion, letter to the editor, etc in the journal.

We provide many author benefits, such as free PDFs, a liberal copyright policy, special discounts on Pubtexto publications and help readers to connect with potential collaborators and correspondents with a platform to publish their research work and update the recent advances.

submit your manuscript online or an email: jmbes.pubtexto@gmail.com

Deep-sea fish are the Fish that live in the dark deep ocean portions below the sunlit surface waters that is below the epipelagic or photic zone of the sea. Deep-sea organisms contain gas-filled spaces. Ex: Lanternfish, ridgehead, Angler fish etc.

The marine fisheries sector plays a crucial role for coastal nations across Africa. Marine fisheries support the livelihoods of millions of citizens along Africa's 30,490 km coastline.

Climatology is not only concerned with the analysis of climate patterns and statistics (e.g. temperature, precipitation, and atmospheric moisture) but also with seasonal to inter-annual climate variability, long-term changes in mean and variability characteristics, climate extremes and seasonality.

Paleoceanography is the study of the history of the oceans. It encompasses aspects of oceanography, climatology, biology, chemistry and geology. Paleoceanographic studies using environment models and different proxies enable the scientific community to assess the role of the oceanic processes in the global climate by the re-construction of past climate at various intervals. The main sources of information are biogenic and inorganic marine sediments, as well as corals. Biogenic sediment includes planktonic and benthic fossils whereas inorganic sediment includes ice-rafted debris and dust.

Hydrobiology is an ecological science that deals with the study of water populations their interrelations with habitat and significance for the transformation of energy and matter, and the biological productivity of the ocean, seas, and inland waters.

Coastal geography is the study of the interface between the ocean and the land, which incorporates both the physical geography and the human geography of the coast.

Limnology is the study of the structural and functional interrelationships of organisms of inland waters-lakes (both freshwater and saline), reservoirs, rivers, streams, wetlands, and groundwater as their dynamic physical, chemical, and biotic environments affect them.

Marine organisms are potential sources for drug discovery. Life has originated from oceans and contains highly ecological, chemical & biological diversity starting from microorganisms to vertebrates. This diversity has been the source of unique chemical compounds which hold tremendous pharmaceutical potential.

The whole body of saltwater covers most of the Earth’s surface. The average salinity of ocean water is approximately three percent. The five oceans of the world are the Atlantic, Pacific, Indian, Arctic, and the Antarctic.

The ocean makes our planet a wonderful place to live. It gives us more than half of the oxygen we breathe. It regulates the climate, absorbs a quarter of the carbon that we put into the atmosphere every year, provides livelihoods for hundreds of millions of people.

It is the study of ocean plants and animals and their ecological relationships. The study of Marine Biology includes astronomy, physical oceanography, geology, botany, genetics etc.

The animals inhabiting the sea are called marine organisms. Marine organisms may be classified as Nektonic, Planktonic, or Benthic. The distribution of marine organisms depends on the chemical and physical properties of seawater, ocean currents & penetration of light.

It is a natural environment where the species or a group of species live i.e., marine life. Marine life depends on the saltwater that is in the sea. Marine habitats can be divided into coastal and open ocean habitats.

Marine Ecology is the science that deals with the basic structural and functional relationships within and among living populations and their physical and chemical environments in the marine ecosystem. An ecosystem is a group of living organisms in conjunction with the nonliving components of their environment.

Marine Chemistry is the study that deals with the chemical composition and chemical processes of marine water bodies. The major use of marine chemistry is through pollution regulation and monitoring in marine environmental protection.

It is the branch of geology that studies the geological structure and development of the part of Earth’s crust that makes up the floors of the seas and oceans. Marine geology uses the methods and findings of geomorphology, geophysics & geochemistry.

It involves the protection and restoration of species and mitigating human activities such as overfishing, habitat destruction, pollution, whaling and other issues that affect marine organisms and ecosystems that are living in oceans & seas throughout the world.

It is the science deals with the study of aquatic systems including both freshwater systems & marine systems. Aquatic science involves aquatic ecology, limnology, oceanography and marine biology and hydrology.

It is the science that deals with the catching, processing, or selling of fish or other aquatic animals.

It is to protect biodiversity and to create sustainable seafood sources because of the world's dependence on fish for protein. There are many areas of study in this field i.e, The ecology of fisheries, Fisheries management, Aquaculture.

Oceanography is the scientific study of oceans, the life that inhabits them and their physical characteristics, including the depth and extent of the ocean, waters their movement and chemical makeup and the topography and composition of the ocean floors.

Marine engineering is the branch of study that deals with the design, development, production and maintenance of the equipment used at sea and on board sea vessels like boats, ships etc.

Ocean Engineering is a branch of technological studies that deals with the design and operations of man-made systems in the ocean and other marine bodies. It is concerned with mechanical, electrical, electronic and computing technology to support oceanography.

Ocean engineering provides an important link between the other oceanographic disciplines such as marine biology, chemical and physical oceanography, and marine geology and geophysics.

Ichthyology is the branch of biology that deals with the study of fishes with reference to their structure, relations to one another and to other animals, classification, habits, and uses. It is also known as fish science.

It is the science dealing with the relationship between the geochemistry of a given region and its flora and fauna, including the circulation of such elements as carbon and nitrogen between the environment and the cells of living organisms.

Sea transportation in today's shipping market has evolved into three separate but closely connected segments: bulk shipping, liner shipping and specialized shipping. Although these segments belong to the same industry, each carries out different tasks and has a very different character.

Deep-sea mining is a relatively new mineral retrieval process that takes place on the ocean floor. Ocean mining sites are usually around large areas of polymetallic nodules or active and extinct hydrothermal vents at about 1,400-3,700 m below the ocean’s surface. The vents create sulfide deposits, which contain valuable metals such as silver, gold, copper, manganese, cobalt, and zinc.

Seafood is any form of sea life regarded as food by humans. Seafood prominently includes fish and shellfish. Shellfish include various species of mollusks, crustaceans, and echinoderms.

Marine pollution occurs when harmful, or potentially harmful, effects result from the entry into the ocean of chemicals, industrial, agricultural and residential waste, noise, or the spread of invasive organisms and from nonpoint sources such as agricultural runoff, wind-blown debris and dust.

Marine mammals, which include seals, whales, dolphins, porpoises, manatees, walruses and polar bears form a diverse group of 129 species that rely on the ocean for their existence. The Sea Mammal Research Unit gives fair, autonomous and imaginative science that has high significance to society.

Seaweed is a macroscopic, multicellular, marine algae that live near the seabed. The term includes some members of the red, brown, and green algae. The study of seaweed is known as Phycology. They belong to three different groups, empirically distinguished since the mid-nineteenth century on the basis of thallus color.

Reef biology is a sizable field of research and is the study of the specialized productive underwater ecosystem, Specifically the Biology of Reefs and Reef Organisms.  The off-reef floor is the shallow seafloor surrounding a reef. This zone occurs by reefs on continental shelves.

Catfishes are a diverse group of ray-finned fish. There are armor-plated types and there are also naked types, neither having scales. Catfish are of considerable commercial importance; many of the larger species are farmed or fished for food. Many catfish are nocturnal. Catfish have inhabited all continents at one time or another.

Seagrasses are flowering plants belonging to four plant families (Posidoniaceae, Zosteraceae, Hydrocharitaceae, or Cymodoceaceae), all in the order Alismatales (in the class of monocotyledons), which grow in marine, fully saline environments. Seagrasses form extensive beds or meadows, which can be either monospecific or in mixed beds where more than one species coexist.

Algal Bloom is a rapid increase in the population of microscopic algae in the water. Algal blooms may occur in freshwater as well as marine environments. Algal bloom events involving toxic or other harmful phytoplanktons are called Harmful algal blooms. 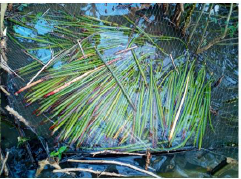 Mangrove Ecosystems Rehabilitation in Cameroon: Effects of Two Abiotic Factors on the Growth of Rhizophora Seedlings 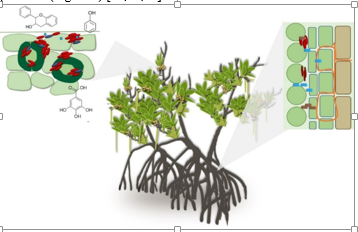 A Review on the Importance of Mangroves as a Source of Entophyte Microorganisms with Potential Use in the Pharmaceutical Industry. Potentialities in Colombia. 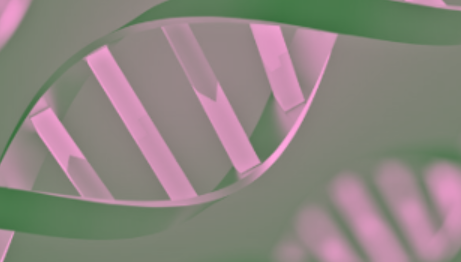 Genetic Diversity for Agronomic Traits in Interspecific Crosses of Brassica 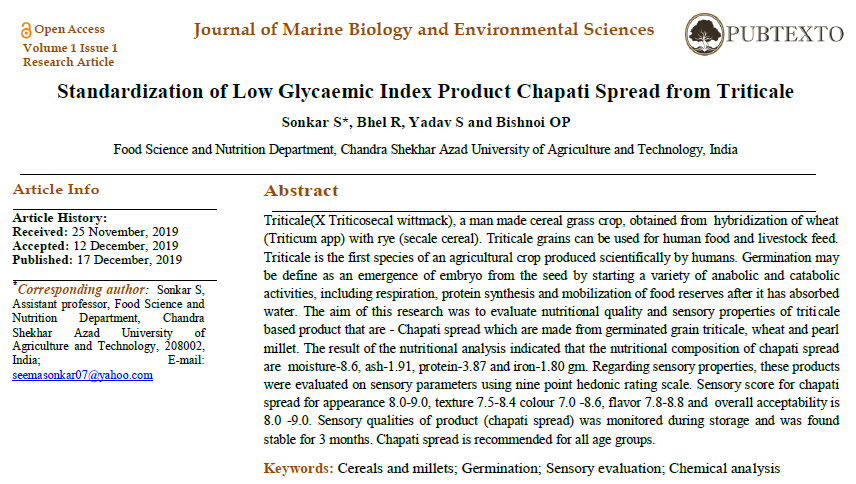 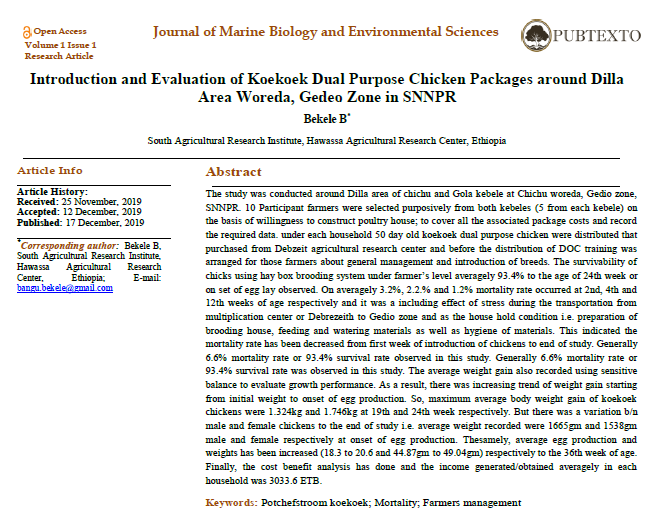 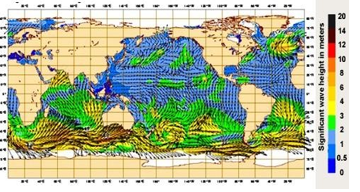 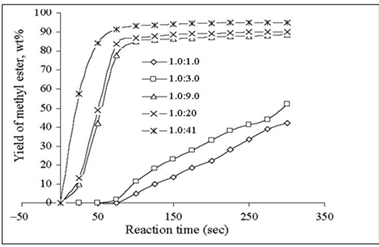 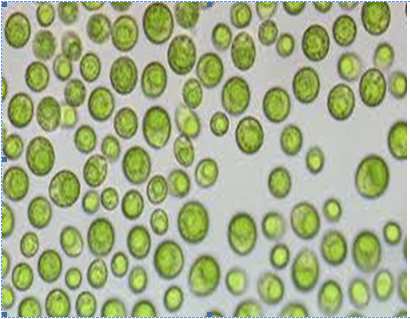 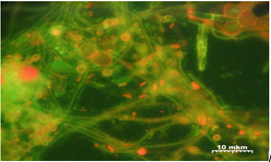 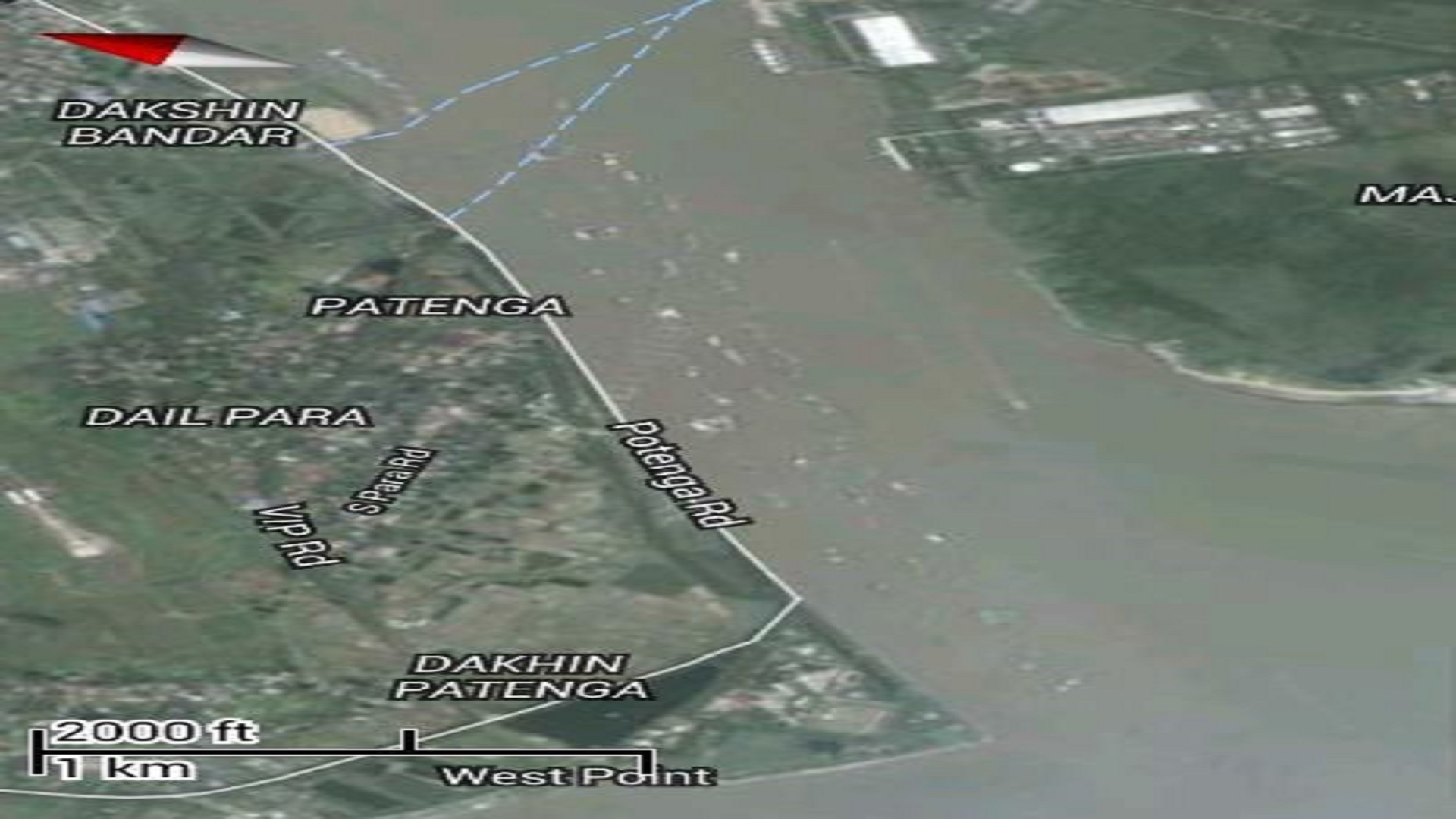 A Field Assessment On Karnawphuli Estuarine Environment: Identify The Relation Of Biotic Factors, Sedimentation And Other Physio-Chemical Parameters 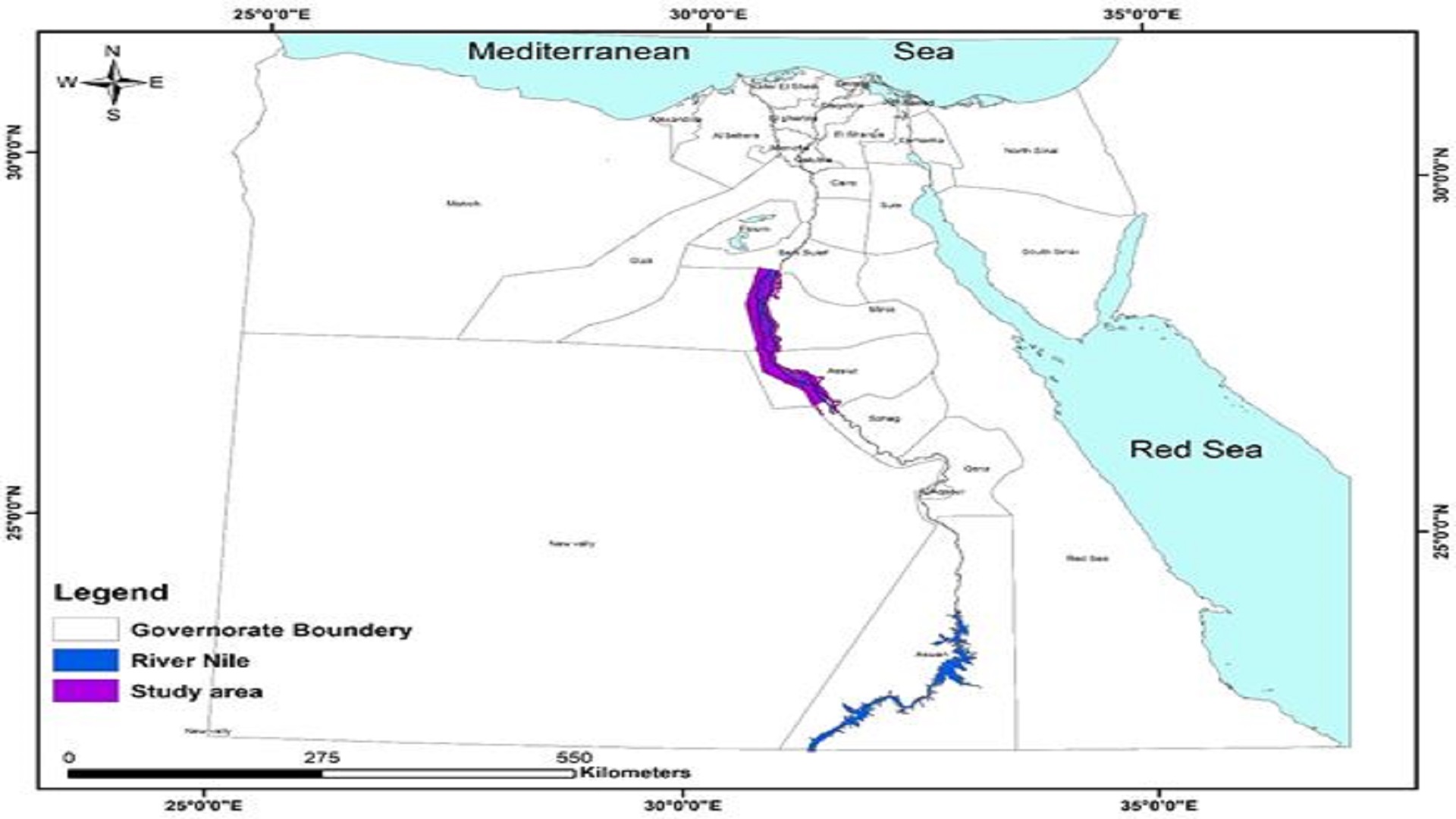 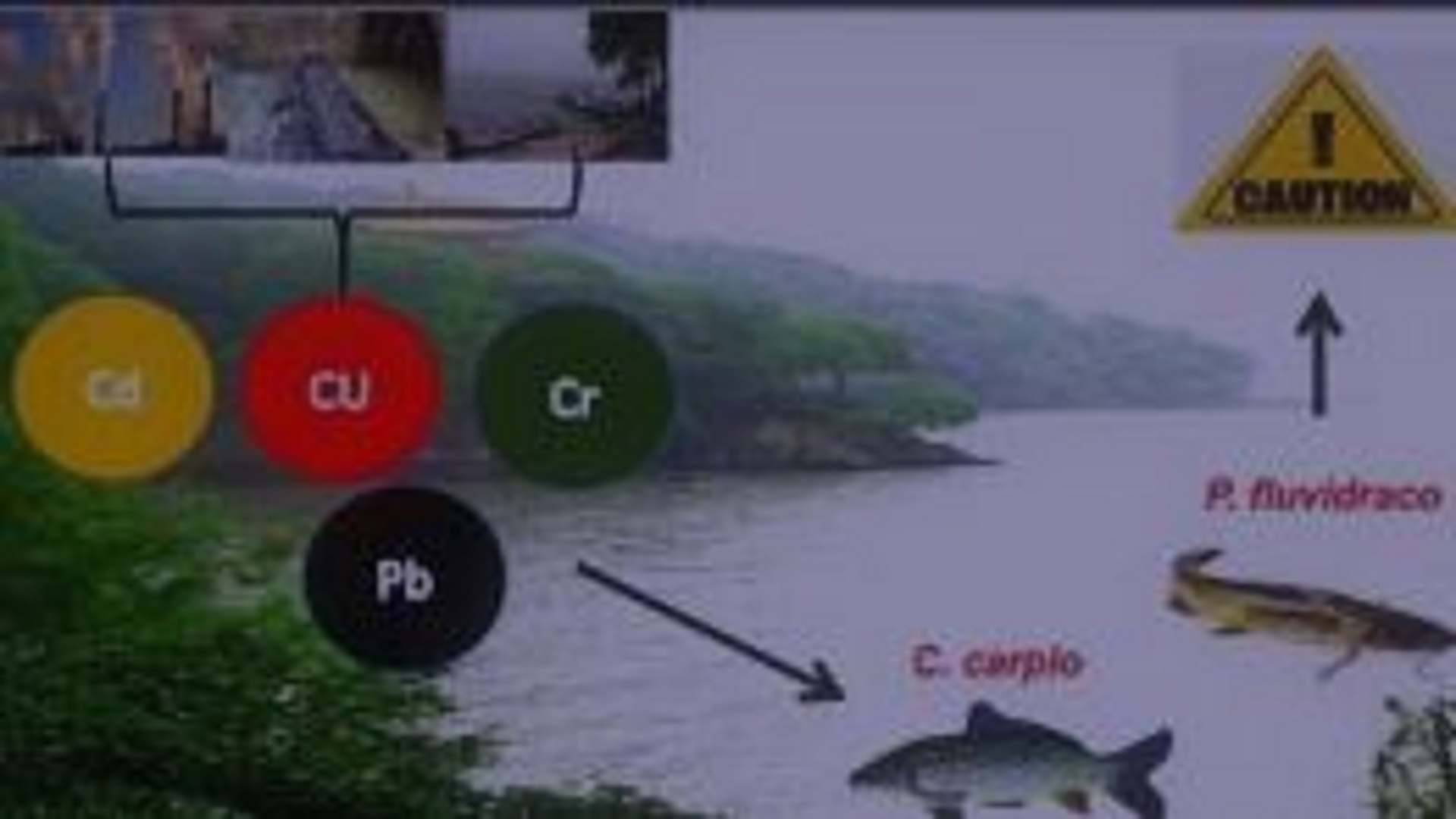 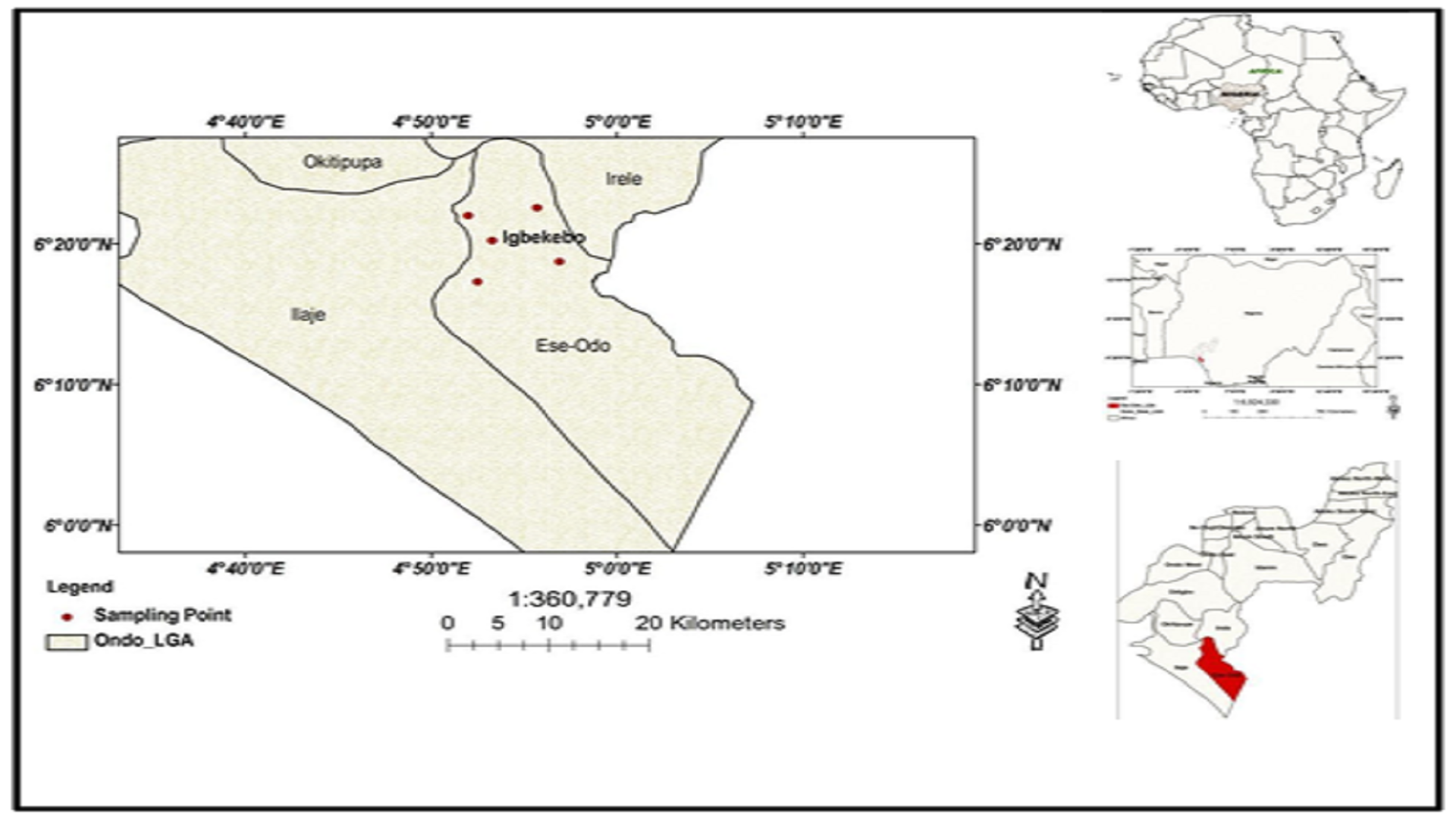 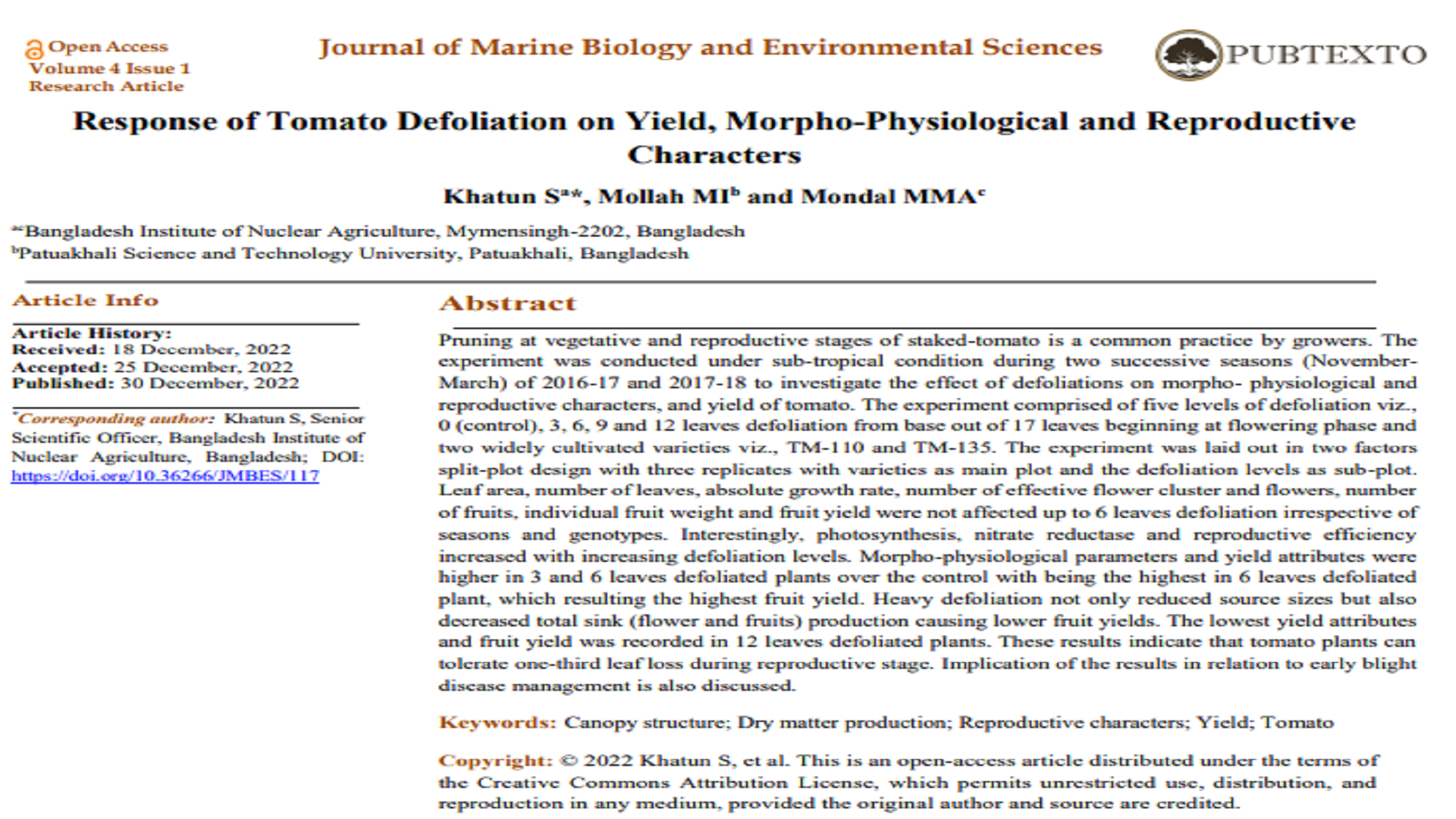 Response of Tomato Defoliation on Yield, Morpho-Physiological and Reproductive Characters 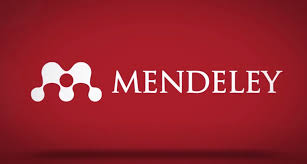 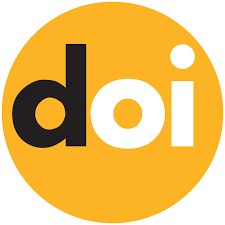 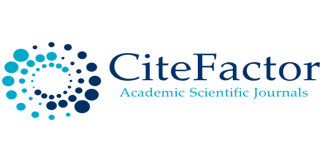 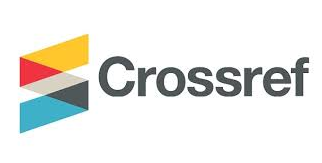 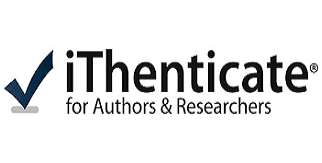