A Field Assessment On Karnawphuli Estuarine Environment: Identify The Relation Of Biotic Factors, Sedimentation And Other Physio-Chemical Parameters

This study describes the influence of Sedimentation and other Physio- chemical parameters of biotic factors and faunal assemblages in the Karnawphuli estuary, Bangladesh at the period of December 2015. A total of 22 phytoplankton, 9 zooplankton and 10 benthic species/taxa belonging to annelids, molluscs, arthropods and Chaetognatha were recorded. Sub-surface water samples were collected from two stations: site-1 and site-2 namely Jetti no. 10 and Jetti no. 15 region of the Karnawphuli river estuary. Air-water temperature, Water transparency, water salinity, water pH and sediments of bottom layer were identified, observed and collected as for the best environmental variables that influenced the ecological factors at different areas. The most influential factors predicting the variations of total number of individuals recorded in different sampling seasons was salinity. Species richness of phytoplankton, zooplankton and benthos community was positively influenced by salinity and percentage of silt while it was negatively influenced by percentage of sand and the density of clay. Salinity, percentage of sand, slit, clay and water transparency showed higher contribution to explain the variance in species diversity in the present observations. It is assumed from the observation that the estuary has been polluted from domestic sewage, land washout, river run-off, shipping activities, industrial sewage.

Bangladesh has a large coast line of about 711 km offering a good potential for exploration of coastal and estuarine water for fishery resources, production of salt and navigation etc. Phytoplankton, Zooplankton and Benthos are very important components of aquatic biotic communities, playing a great ecological roles in wetland ecosystem functions. They play significant roles in the energy pathway and nutrient significant roles in the energy pathway and nutrient cycling and they also constitute an important link in the aquatic food chain as food resource for fishes and other animals. The distribution of aquatic organisms is the result of interactions among their ecological role, the physical conditions that characterize the habitat and food availability [1]. Thus, the community structure of plankton and benthos of Karnawphuli depends on a number of factors namely water quality, type of substrate, particle size of sediment, water flow, sediment, air- water temperature and salinity as well as environmental conditions surrounding the watercourse. The Karnawphuli is the principal river of Chittagong region of Bangladesh [2]. The biggest sea port of the country is situated in the bank of this river for its advantageous geographical position. The country earns a lot of foreign currencies through port activities. Though it has great economic value, but the water body of river, estuary and sea is impacted much due to accumulation of waste from agricultural land, urban run-off, industries, power plant sewage and  sedimentation. Unplanned urbanization, industrialization, discharging untreated sewage on the bank of the Karnawphuli River has exerted unbearable pressure and stress on the river.

Water, sediment and benthic faunal samples were collected from the intertidal zone of the Karnawphuli estuary (22°23.387'-22°23.411'N and 91°80.981'-91°80.987'E) Chittagong, Bangladesh during the period of December 2015 (fig-1). All the samples were collected from two sites namely Jetti no. 10 and Jetti no. 15. Among the two sites, Site 2 (Jetti no. 15) was set in front of a power station named Barakah Power Plant Ltd and lighter age vessel standing place through which sewage of power plant and the discharge of vessels wastage falls into the Karnawphuli estuary and thus it was considered as impacted site (figure-2). The other site like Site 1 (Jetti no. 10) considered as moderately impacted site (figure-2). Sampling site is highly crowded by ships and economically one of the most important place in Bangladesh. At the time of acquiring sample about 53 small transport boat, about 13 troller and about 33 lighterage vessel has been located around the sampling area. 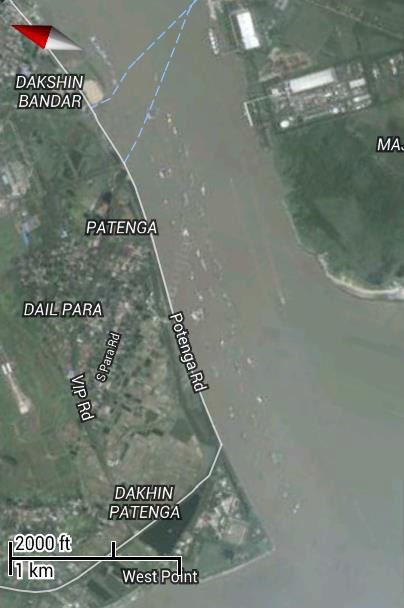 Figure 2: The map of indication about the area of sampling.

The mean value of different hydrological factors like water temperature, water salinity and water pH were 21±1°C, 20±1%, and 6.8±0.2.5 respectively. Mean values of different pedological factors like percentage (Diagram-1) sand, silt, clay assemblages consist of 10 benthic species/taxons of the habitat were 73.28%, 21.6%, 5.12% and mean air temperature of the study area during the sampling period.

Among 10 species/taxon, 4 species of molluscs, 2 species of annelids, 3 species of arthropods 1 species of Chaetognatha, a vast majority of bacteria are found in the sediments of benthic zone; Diatoms, ciliates are also found in the present study. The abundance of the benthic species are Neptunea lyrata, Pecten albicans Sagitta elegans, Gammarus roeseli, Pectin aria koreni, Nereis pelagisa, Littorina littoriea, Carcinus meanus, Caprella mutica, Buccinum undatu. After analysing mud sample collected from grab sampler there are 44 benthic organisms of 20 species recorded (given in table-1).

Table 1: A chart of the species recorded from the collected mud sample.

After analysing the sample of phytoplankton, there were 22 types of species recorded from two sites of sampling (name of the species given in table-2).

Table 2: Phytoplankton recorded from both of the sampling sites.

From the collected sample the total number of zooplankton specimens/individuals of all groups is equal to total counts of the specimens (say x) is divided to Volume of water filtered (V). The volume of the water filtered is normally expressed in cubic meters. It is calculated as follows.

After analyzing the sample of zooplankton, there were 9 types of species recorded from two sites of sampling (name of the species and the total faunal composition are given in table-3).

The hydropedological factor like total suspended solids was identified as the best variables highly correlated with the phytoplankton, zooplankton and benthic faunal assemblages of the study area in the present study. Islam found total suspended solids (TSS), sand content of soil were identified as the best variables highly correlated with the benthic faunal assemblages of the study area. Yuan reported that salinity and sediment were the main factors affecting benthic macro fauna. Some other studies conducted by different authors in different locations also proved that the sedimentation and the percentage of sand, slit and clay have a great influence on the existence and amount of phytoplankton, zooplankton and benthic organism.. found that the grain size defined distinct species assemblages. indicated that distribution of benthos could be explained by the classification of physical characteristics of sediment in tidal flats. postulated that the species diversity is mainly controlled by the fluctuations in the environment that lead to less diversity. Environmental variability is believed to be the key to the changes in biotic structure expressed by variation in taxa richness and abundance that was similar with the present findings. A number of environmental variables including sediment structure; temperature and salinity have been correlated with the abundance, density and diversity of estuarine organisms. The main environmental factors affecting the distribution and structure of estuarine organisms reported by most authors were salinity and sediment characteristics, especially mud or clay content. Mud content and water content of the sediments of the sediments were found to influence the abundance intertidal biotic communities that were reported by Growenewald. Hirst reported that variations in salinity can promote marked shifts in species representation and community structure because marine organisms have different salinity tolerances. In this study water and sedimentation, salinity, water temperature, water pH and water transparency also influenced various phytoplankton species that lived in the estuarine region at different significant levels either positively or negatively which confirm the findings of the previous studies.

It can be concluded that the abundance and diversity of phytoplankton, zooplankton and benthos community of the intertidal zone of the Karnawphuli estuary is significantly influenced by some physio- chemical parameters of the existing environment. Indiscriminate discharge of untreated sewage and industrial wastes should stop now to save the environment as well as the biotic community of this estuary.